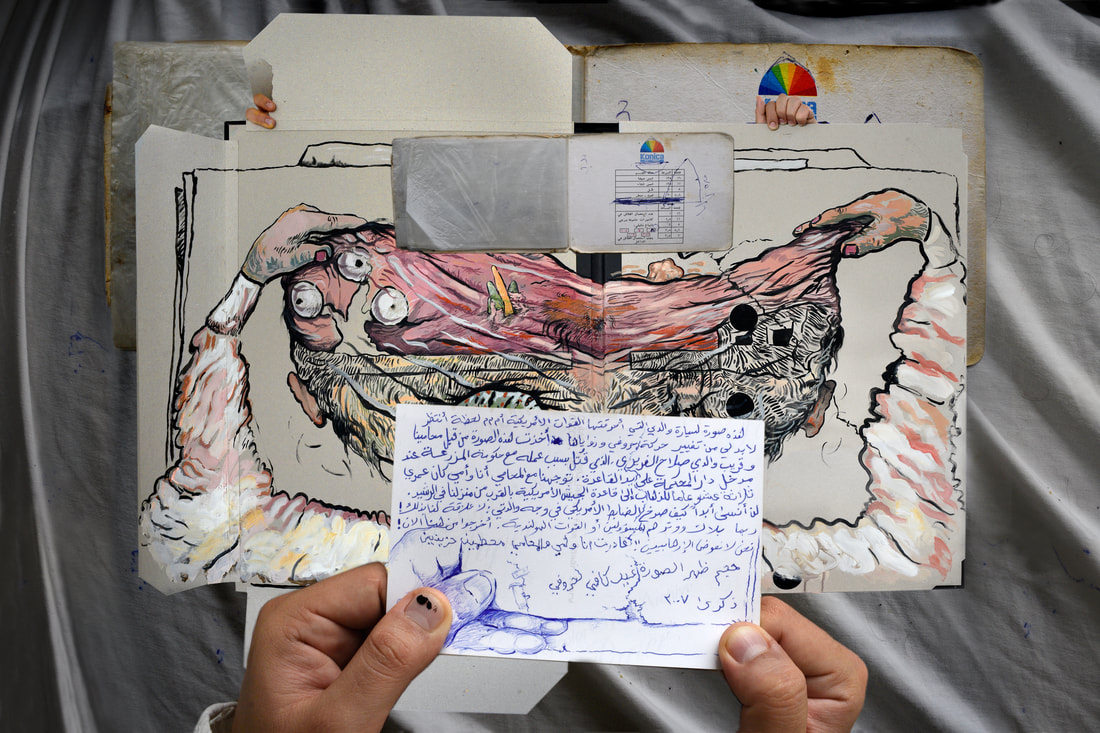 The following is the translation of the Arabic text that appears in the image: “This is a photograph of my father’s car which was burned by the American forces, umm wait, I have to change the accents and angles of my letters. This photograph was taken by our lawyer and my father’s relative Salah Al-Ghrairi, who was murdered, due to his work with the Farm government, by Al-Qaeda at the doorsteps of the court building. We headed out with the lawyer, I and my mother, when I was thirteen years old, and went to the American Military base near our house in Al-Rashid. I will never forget how the American soldier yelled in my mother’s face: ‘We have nothing to do with that! It could have been Blackwater or the Dutch Forces. Now get out! We don’t compensate terrorists.’ I left with my mother and the lawyer devastated and heartbroken. The size of the photograph’s back is not enough for my letters. Memory from 2007.” 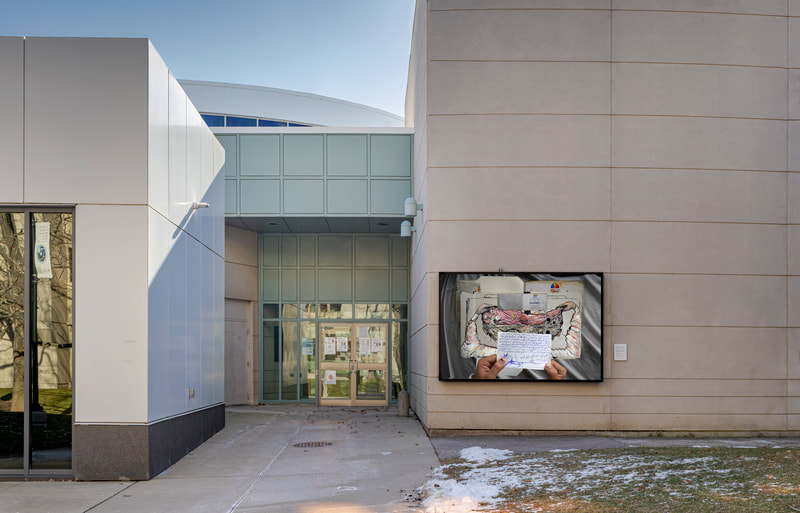 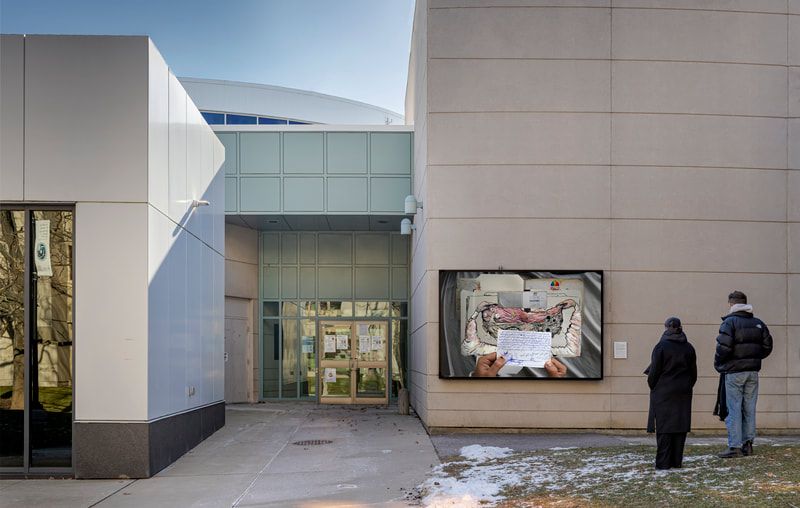 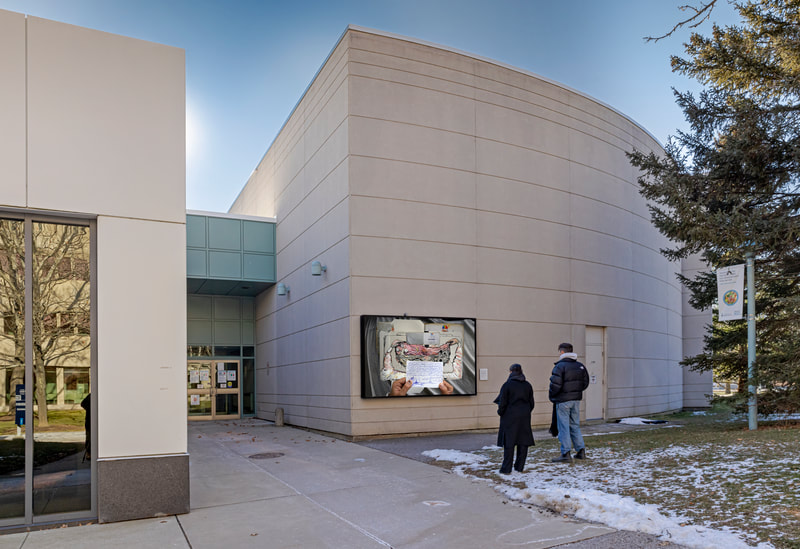 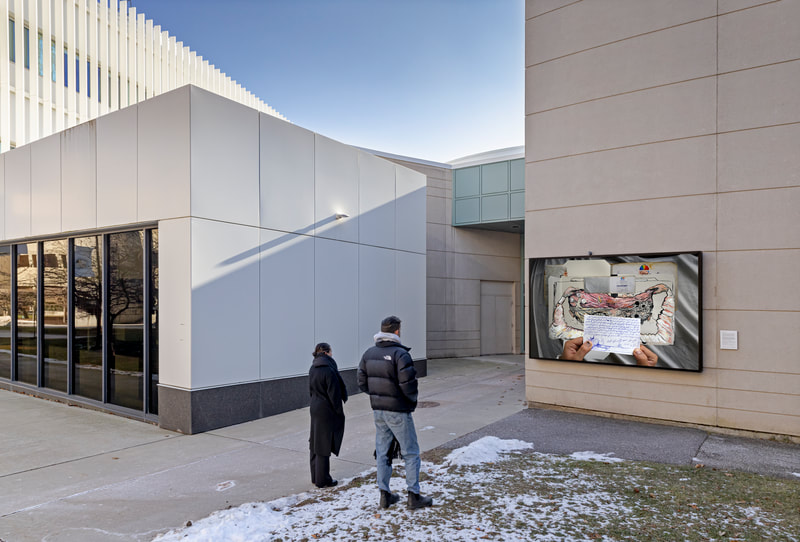 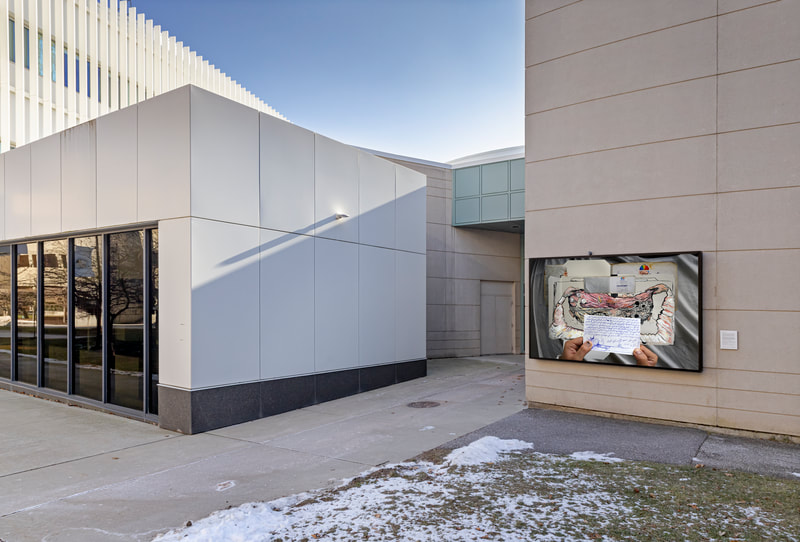 Photo: Toni Hafkenscheid.
This image is presented in the exhibition Unruly Archives, curated by Amin Alsaden. The exhibition brings together artists whose work employs archival traces to underscore the global footprint of war and organized violence, and speak to dimensions of conflict that are usually overlooked or deliberately suppressed. As such, the images challenge the correlation between conflict and specific regions, particularly South West Asia and North Africa, while highlighting international complicity through a history of colonialism as well as recent political meddling and military interventions. Organized violence destroys not only human beings and their environments, but also has a lasting, traumatic, and often invisible impact that brings to the fore questions of memory, representation, culture, nationhood, and belonging.

Ali Eyal’s work explores the relationships between the way catastrophes are remembered, and the identity and politics of Iraq and the Arab world (for which he uses the metaphor “Small Farm”), particularly after the 2003 American-led invasion. In the bloody aftermath of the invasion, Eyal lost his father and several uncles, who disappeared in 2006, leaving behind only a photograph of a firebombed Daewoo Prince. The car could have been destroyed by the American military, private security contractors (such as Blackwater), or other foreign forces. At the centre of the work presented here is this photograph, the content of which is denied to viewers, who can only access the inscription on the back. But the photograph is seen as one of numerous layers, composed of sketches, albums, and open folders (implying an unresolved case), and the artist does not reveal whether these point to real or imagined objects and events. The work raises questions about the impossibility of reconciling attempts to document or remember with the vast scale of the tragedies brought about by conflict—which often escape the frames into which one might wish to inscribe their multiple, and often inconceivable, dimensions.
Amin Al Saden
​
Archival Love Letter for 6x9 doesn’t fit everything, 2021 by Ali Eyal

When we met, you were a teenager. If you hadn’t told me your age I wouldn’t have guessed. You were committed fully, even then, to making work, to physically, quietly, putting down on canvas and in words the impossible investigations of your heart. You said you wanted to create a mural in Baghdad. To its people, to what they’ve been through. To honour those whose lives were taken and those who survived without them. But who could create a work to encompass the breadth of the attacks, the enormity of global imperial war, the immeasurable residue that lives inside generations?
Instead of trying to map the impossible, you map—in text and in colour, the impossibilities of a beginning and an end neatly tied up as memorial or testament. Instead of hiding from the enormity of the task (how to express the infinite complexities of this Iraqi experience?) you present, precisely—what it means for a mind to have to find ways to understand a world both intimate and strange that regards your home, your family, your neighbourhood as prey. You circle the vultures and stand with the carcass.
The question comes up every so often. Are there good artists in Iraq anymore? I decline to answer, deflecting their questions with some of my own. I think of your work and how it would slice that question into a hundred pieces. Not because you are a young artist from Iraq and your work has been deemed “good,” but because your work refuses the underlying violence of the question. Your letters and drawings don’t tell us what is good or what is worthy. Instead you compose a resistance. A resistance to the idea of a documented or cohesive history even as your work becomes a clue inside of it. You understand that the ecosystem of knowing is itself broken, and so you capture that unknowable terrain; the aftermath of survival.
You told me you grew up in Mahmudiyah. What I know of that city is the war crime it was made notorious by, the multiple-person rape of a fourteen-year-old child and the murder of her mother, father, and six-year-old sister who were home at the time. In a single moment of reckoning, the soldiers were sent to prison in an American court. The mother’s arms were broken when her body was found. Broken fighting to protect, to hold, her daughter. The perpetrators were American soldiers stationed near their home, five of the six took part. To cover up the crime they engulfed the home in fire, the bodies inside.
For those of us who understood what this meant—who have had ones they loved, killed, traumatized, kidnapped—we screamed silently, alone. You have lived this in your own life and give us work that forms a method of living with the missing inside a site of mourning. A space to feel the intensity of love, living, and lost. In each piece, in each corner, your mural.
--Rijin Sahakian