Page "21"​
​Commissioned for Künstlerhaus Mousonturm
As part of “This is not Lebanon” curated by Matthias Lilienthal and Rabih Mroueh.
​

Don't let the beautiful colors fool you, who would draw Goofy inside the rooms of grownups? And 2021
​

​
There are criminals who commit unimaginable acts and live innocent lives, since they cannot picture what they have done.” The artist Ali Eyal attempts to speak to their conscience in a performative intervention, by infiltrating their private spaces. In an act of revenge, he paints the living room walls of “No Name”.

The family photographs and the pictures of his children skating on ice, he used them during the course of the investigation and dislocation of the shoulder. A large part of the accomplishment of this forced confession was due to the pictures. For me, one of the most extreme forms of agonizing torture was when he lead you to the room solely reserved for the plants named the Queen of the Night Flower. He dove deep into the plant and its benefits for the rooms where it finishes off something I don't remember now which it found inside carpets and furnishings, and necessitates the plants be plants in scorching light in dark rooms in order for their pretty white flowers to grow.

For the first time, my eyelids and my childish face bite and feed my memories. In my eyelid, the corner of the rooms and farm metamorphosed into jungles. Under my eye is a wall, the wall which we lean on. We half painted it, remember? My eye soaked in the mud tones. The dry branches of our trees bear pictures, tables, and my grandfather's taxidermied birds. Who will give me the chance to be emotional without melancholy? Like the village's river running without romanticism. How melancholy it is without melancholia. It drags the days, tree limbs, and worn-out clothes. When a shirt wears thin, a stone jumps out from deep within a pocket's interior.


For all of you, I wrote this section for with my pure pen, from the depths of my soul.
In this narration, I'm the painter. I visited the house of No Name who lived at the end of the farm. I decided to visit his house and to paint all of his walls. I'll draw what he is accused of; the visual artists and the police and everyone who knows his passion for shotguns. With an invitation from my relatives. I learned that he killed my father or buried him, or perhaps fed his body to wild dogs. One of my ideas was to paint a mural of giants in the living room. I wanted the faces inside the murals to drag him. Faces of the dozens which were murdered or lost in his private parties, even the cows, geese, dogs had a role in the picture. I was able to imagine their eyes following him in all directions. The walls were
ancient and it was almost not possible to paint on them. I finished those pictures. Soon he would discover my revenge. One of the paintings of the lost victims appeared. I proceeded to copy their faces from old photos gathered from many families. Maybe soon these creatures would haunt him. I finished with the painting. I started embroidering on his couch. I called him to show him what I'd finished.
​
“No one's like you! Look at this genuine creativity.” He introduced me proudly to every killer in the village, all of them, and he didn't forget to tell any of them that the work was flawless. I hid the paintings and the couch, my thoughts suppressing their revenge. After a year, he was tortured by my paintings; he lost his mind. He reached the end of his life in a way no one could have predicted. Finally, he burned everything: the paintings, his house, himself. 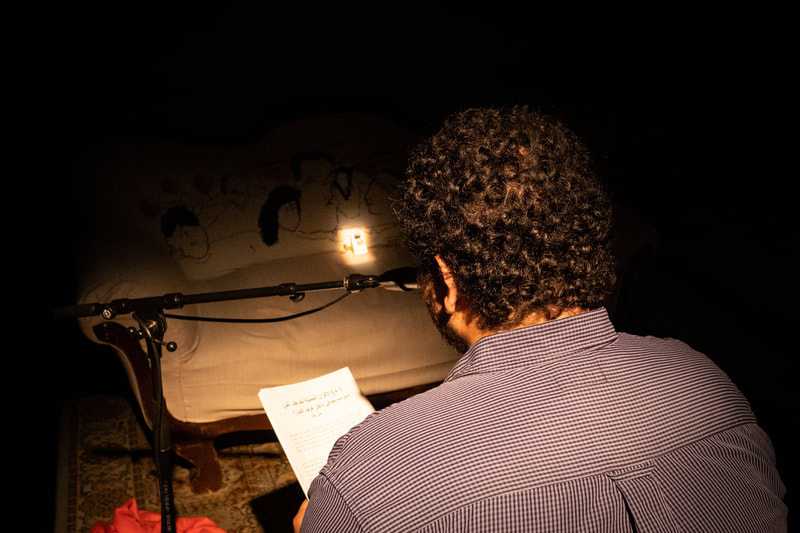 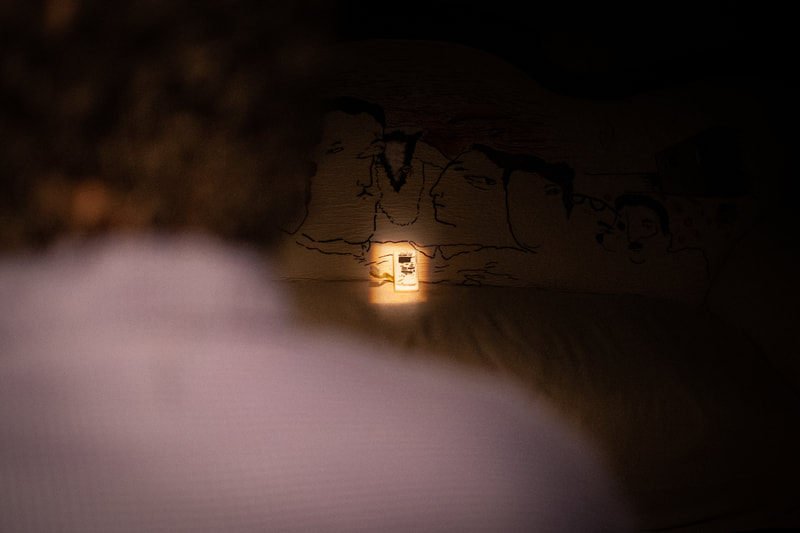 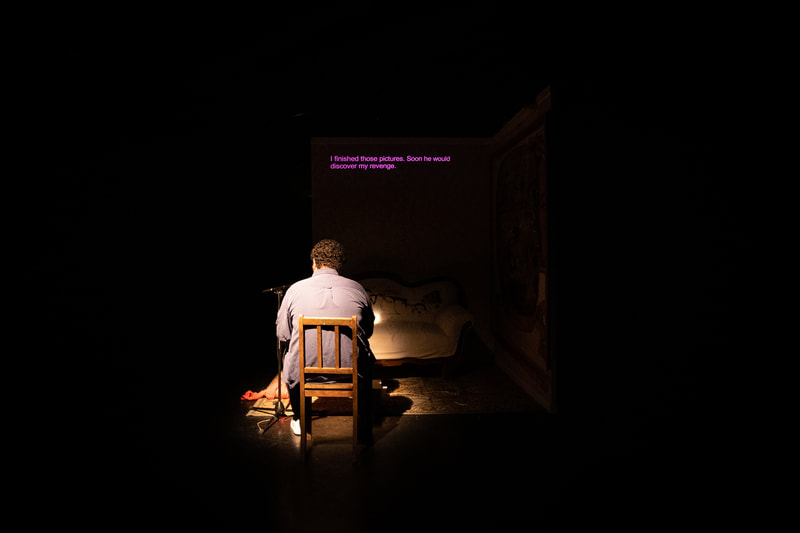 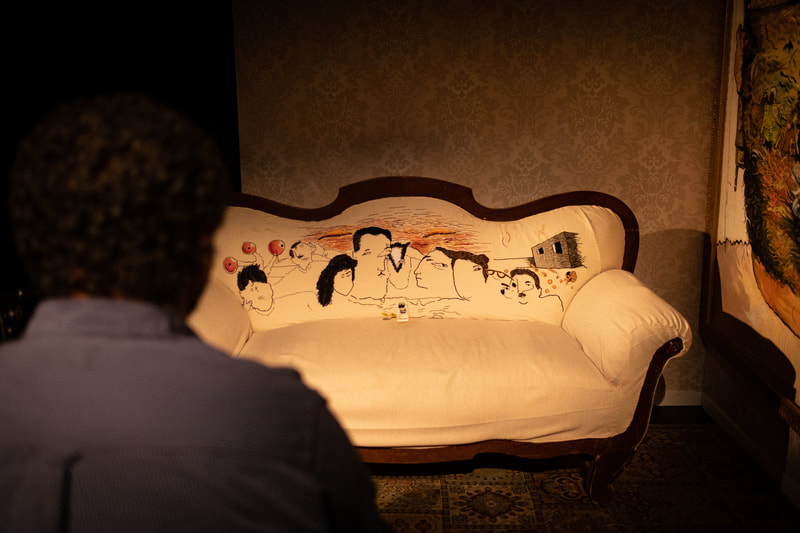 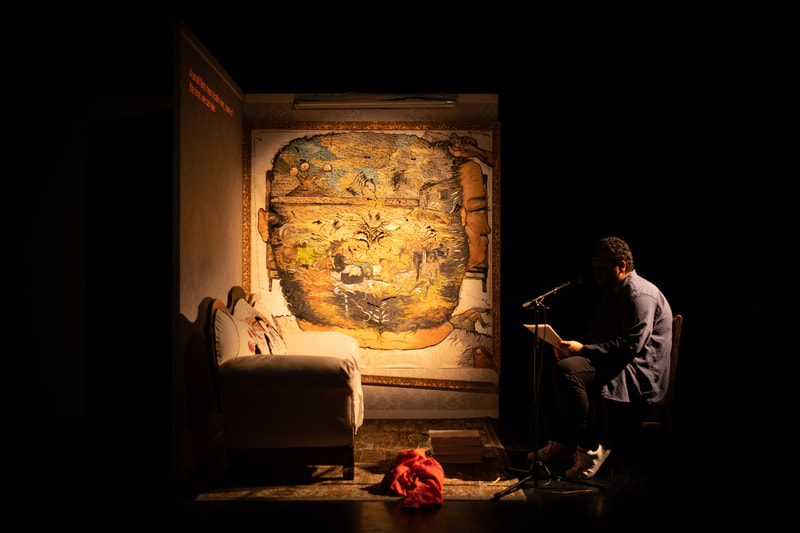 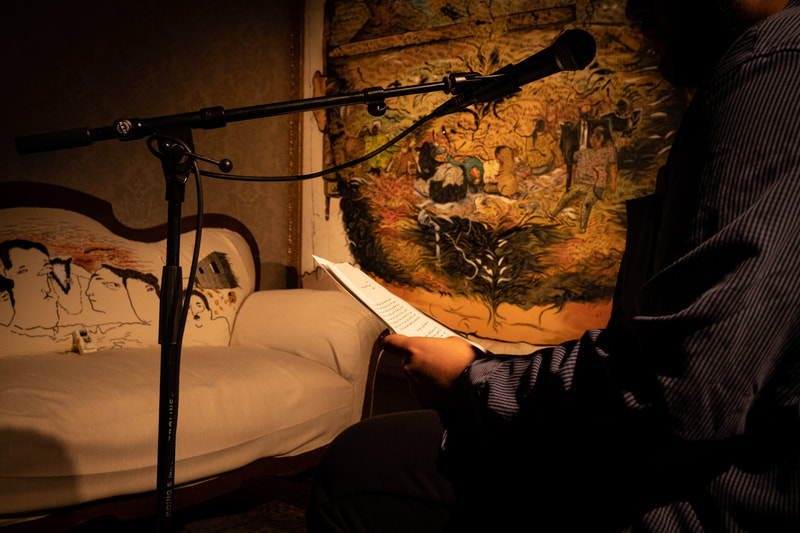 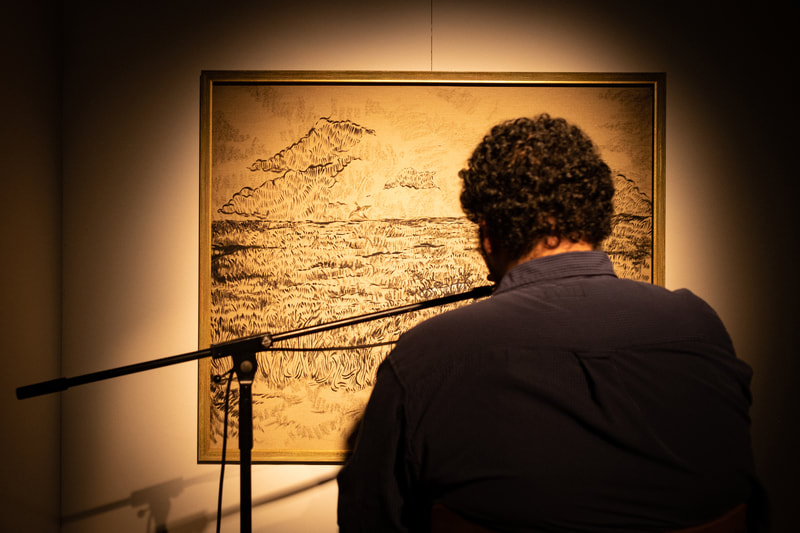 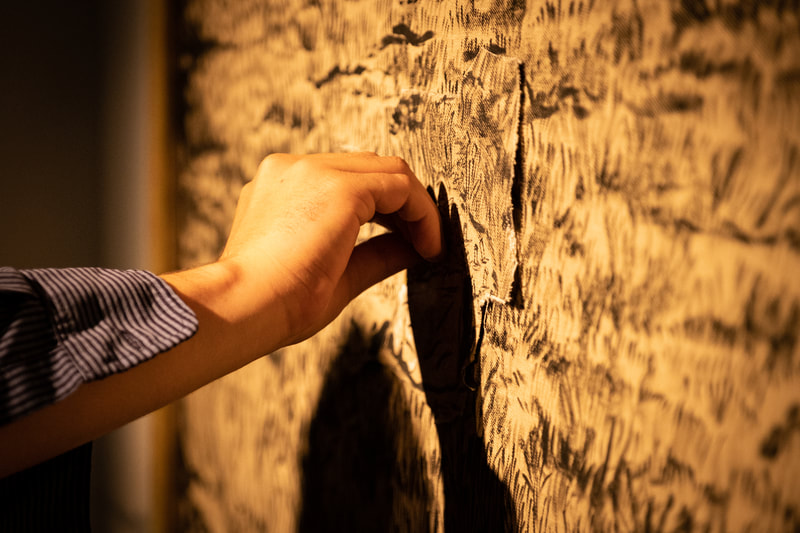 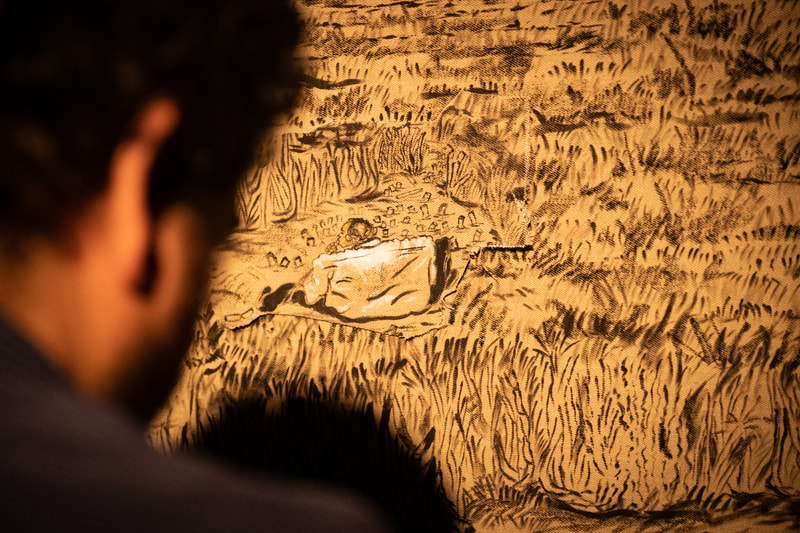 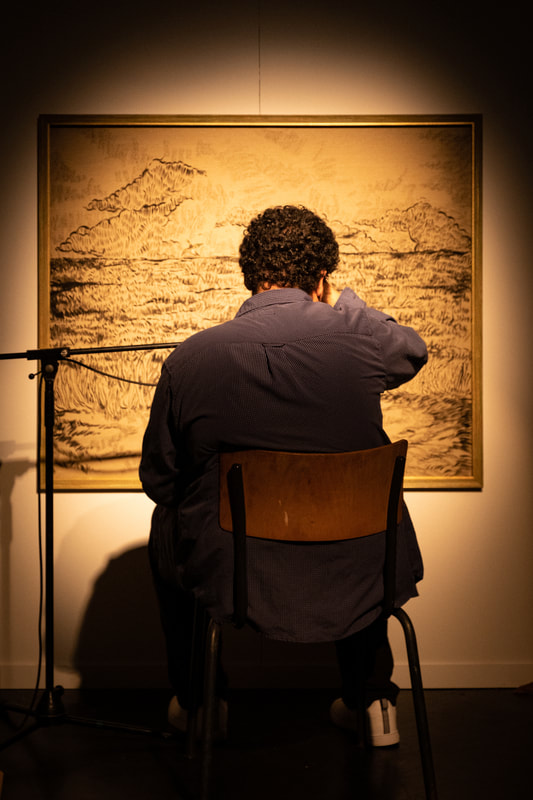 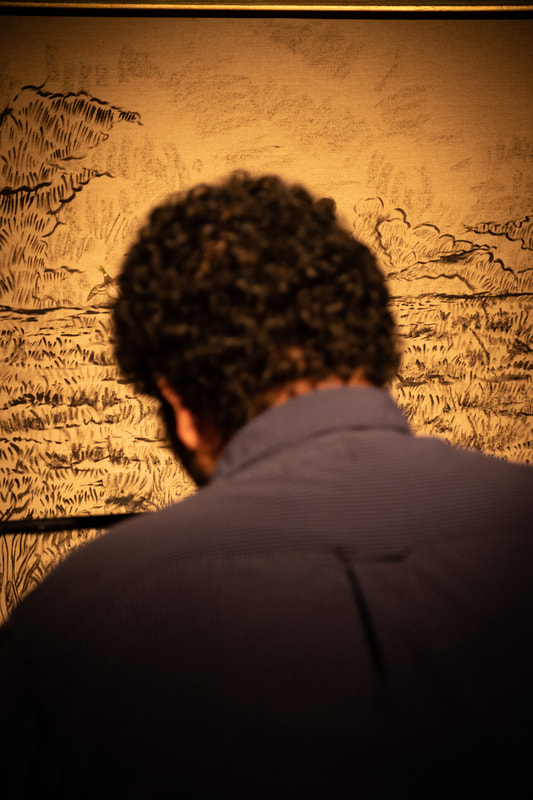 Special thanks to Bokja and Christian Zahr

Co-produced by Frankfurt LAB, Mousonturm, and Goethe-Institut Lebanon. Production of Frankfurt-Beirut is organized in cooperation with Ashkal Alwan.